Feedback from other men 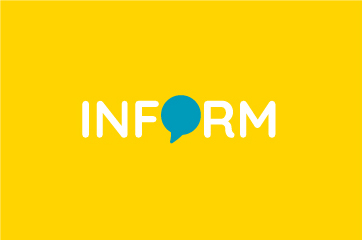 It is important to know you are not alone. Below is some information provided by men who have used the services at SV2.

I realised if I didn’t talk about what had happened to me as child, it would eat me up inside – as it was already doing. My head was messed up by it all. I needed to do something to take control of it, to finally explain why I was the way I was about certain things. I had already said a few things to friends in the past, and to my partner. Talking about the whole thing was daunting – scary. But it was festering inside me. I needed help, proper help to deal with it. The NHS had sent me to various therapists before, but they weren’t certain what was the best way forward for me.

My CPN was the one who told me about the service and gave me all the information about them. He thought – and was right in thinking – that they would be the right people to help me.

Which services did you use?

It helped me to come to a decision: to report to the Police about what had happened. I don’t think it makes a difference if you are a man or a woman, it is never easy to report something horrible as childhood abuse. As a man I felt it would be impossible to get justice of any kind, that I just had to “live with it.” The advisor at SV2 helped me to see that I deserved help, and that I would be taken seriously by the Police. In fact, after I reported she acted as a liaison, and has helped me to understand the legal side of the process and the reality of what is involved. She didn’t do that to scare me, but to make sure I understood the process, and she explained that I would be supported the entire way, which I have been. I was put in touch with a therapist who has been helping me deal with the emotional side of this. It’s hard, I won’t lie about that. Some days I just want to curl up and stay in bed, pretend the world doesn’t exist. But the help I am receiving is putting things in perspective for me, and helping me to see that I have a right to happy life.

I’m not sure what I would have done without the support of SV2. I think… I think the service saved me. It helped me make a decision about what I needed to do for me, and has helped support me through that. Reporting is always – always – going to be up to the individual, and no one at SV2 will pressure you to do that. They understand how hard it all is. They understand that sometimes all you need is to be heard. I would say to anyone, man or woman, who has been affected by sexual violence don’t feel intimidated by the service. They are here to help you. Seeking help is not weakness; it can be the first step in taking back your life.

The first person I told about what happened to me as a child was my girlfriend. Once I finally told that one person, I found it a lot easier to talk about it to others. That is when I informed my close family. It took a little time for me to compose myself before going to report it to the police. I had been tackling a drug problem. My support worker asked why I took drugs, and I realised that what happened to me as a child was most likely the cause for my self-medication and low self-esteem. Actually, letting go of this secret I kept in for 30 years was the key to letting go of my need for drugs. After reporting it, and getting support from SV2, I have managed to free myself from the drug problems I was suffering.

After reporting the crime to the police, I was advised by them to seek counselling. They gave me a card for SV2 and I felt I should go and have a chat with them. I was quite nervous about talking to people about it, but it helped enormously.

Which service did you use?

I made an appointment to have a chat with an ISVA at SV2, I was attending one-hour sessions every other week, where we talked in a very calming and pleasant atmosphere. We chatted about a lot of things, as well as what happened to me, how it affected me and current issues about how to move forward with my life. I was given a lot of encouragement about how to live with what happened, but not have it consume my life.

It was really good to actually chat about what happened to me and how it affected my life. I met with a very nice person who was very understanding and helpful. They also offered me support and advice on how to write a victim impact statement for my court case. That is still on-going.

I would honestly say that it’s one thing telling your close family what happened, however sometimes it’s hard to speak openly with people that are close to you. I found it extremely helpful talking with someone who had experience with listening and supporting people that have been through traumatic experiences. At the time the crime happened, I had no idea it was wrong. It wasn’t until I was in my teenage years that I realised. I kept this secret in for a long time and it really ground my life down, to the point where I had no real future goals. I can honestly say that now this is all out in the open and am I receiving help from SV2, my life feels so much better.

I just knew my secret was destroying my life and those around me. The first person I told was my now wife and it was the first time I felt there was someone I could trust with my secret (bearing in mind at the time I still felt guilt for ‘letting’ him do what he did).

I tried to tell her the very minimum, kind of trying to minimise the possible fallout. Whether it was because of her reaction or my need to get it out, or a combination of the two, once I started I couldn’t stop. It had to come out. I was like I needed the poisonous, cancerous lie to come out as I could not keep it in anymore.

It took me ten years to tell anyone else. After that I told five friends I had really come to trust. I realised that before my wife there had been on one I allowed to get close to me, no one close enough to build trust.

It had been obvious to my wife for a number of years that I needed some kind of help or counselling. I refused point blank until in the end I was in such a dark horrible place, I had no choice! I had to get help or risk losing everything.  Thankfully my wife made some calls to agencies that could possibly help. After a couple of painful false starts, I was lucky to come across SV2.

Which service did you use?

At first all I wanted to do was talk to someone. I had no intention to go to the police. To start with I spoke with someone on an advice line, and they appointed me an ISVA.  I was never pushed to involve the police at any time. When I look back now, I think that the way the advice line and my ISVA were with me is part of what gave me the courage to finally take the big step of reporting this offence.

Through my ISVA I was then put on the waiting list for counselling. This was not at all what I expected. I was always the one in control and my counsellor just allowed me to speak for the first few sessions. Initially I was not very forthcoming, but as trust built it became much easier.

As the counselling sessions continued, my counsellor helped me to understand that I was not a criminal and I was not responsible for what happened. Although the sessions were very traumatic and draining, they helped me more than I can truly express. The tools and coping mechanisms that my counsellor taught me were really helpful and I still use them today. I believe I always will.

I was one of the lucky ones as I got my day in court. And got the justice I deserved. I would say to anyone questioning what they should do, if you do nothing else, is make that call to the SV2 advice line and get your life back.