To Talk or Not to Talk 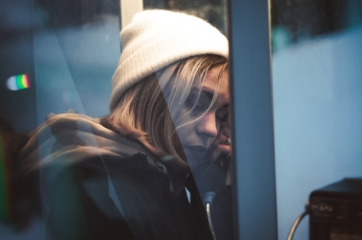 This may be a question you are asking yourself if you have experienced sexual abuse. The question may be an ongoing tug of war in your mind: to talk with family, friends, professionals, or the police? Your mind can become so full of ifs and buts and in the end you’re left exhausted, frustrated and lonely.

Before I go on, here is my story and where I am right now. I was sexually abused once at around age 6 or 7. Due to much confusion and lack of awareness I became sexually involved with a boy my age when we were 11 – 13. I never initiated but due to what had happened before I didn’t think much of it. After all, I had experienced something like this before. Only when I was 13 years old did I come to understand what had been taking place and I knew I did not want to be involved anymore. This realisation contributed to a downward spiral of poor mental health: from self-harming to an eating disorder, in response to the shame, disgust and self-loathing. The final blow was being groomed and subsequently raped aged 17 – 18. When I was most poorly with my eating disorder.

The huge amount of shame for all the above prevented me speaking out. The bottom line was that I blamed myself for everything that had happened.
When I was 22 I decided to get some general support in the form of counselling. This was the first time I began to talk about things, though at this point only the childhood experiences. I hadn’t really planned for this to be a topic in the sessions, but I am so glad it became one.

I later had some in depth therapy that lasted 2 ½ years which is where I finally talked about everything and began to realise that none of it was my fault. This was a long process, and it was so hard at times (a lot of tears) but again I was so glad I could finally work through it. I then felt able to go to the police and in November 2017 I reported the assault aged 7 and the assault aged 18.

All our journeys are so different, but what I would really emphasise is the importance of giving yourself time to work through your hurt and trauma. I could not have done this when I was 18 or younger. I simply didn’t have the emotional resilience to cope. I also could not have gone to the police before I did and know that my mental health absolutely had to be stable enough. It may take some months to work through, others a few years, others a few decades. And there can be all kinds of reasons that you haven’t been able to talk or report: mental health, family complications, fear, doubt etc.

I promise you, THAT IS OKAY.

One thing I really learnt in the SV2 peer support group was that we have absolutely NO responsibility for what happened. Only the perpetrator has responsibility for their actions. Therefore, you can only do it in your own time. It is so very unfair that you are even in the position of having to work through it, of battling through the deep hurt that can lie within. It is unfair that any of us must make decisions such as whether to go to the police. It is not your fault and not on your shoulders.

And there is no rush to tell everyone everything.

One thing I strongly recommend is that anyone who has that need or want to talk, but is full of fear or uncertainty, is to find a therapist who you can trust. And it probably needs to be long term therapy. It may take time to find the right kind of therapy or right person, but it has genuinely changed my life and the shame and self-hate eating me up has lifted significantly. I didn’t think I even deserved this, but I do, and you do too.

The other recommendation I have is to access a group such as the SV2 peer support. Finding like-minded people who ‘get it’ makes a real difference. Family and friends present a whole other world of difficulties when it comes to being open with them. My fear for years was not being believed. Let me tell you; you know the truth. You know what has happened to you. That is important and anyone who cares for you should believe you. If they don’t that IS NOT a reflection on you, but on their own problems or experiences. Many will believe you, and they can help lift that awful burden you are carrying. Don’t necessarily expect them to fully understand, but it doesn’t mean they can’t play a positive role in this for you. The more you speak out, the less power the perpetrator has over you.

If you decide to open up to others, you must make sure you have plans in place to look after yourself. Here are some things to think about:
​

You may only choose to tell one close one, or you may choose to access a service in complete confidence. You may want to be open and public about your experiences and share with loved ones. You may or may not choose to ever go to the police. All these options are okay. There is no right or wrong. Whatever you decide, make sure you do it as gradually as you need to, engage in self care and have a plan for when things get tough. Despite what the perpetrator may have led you to believe: you are important.