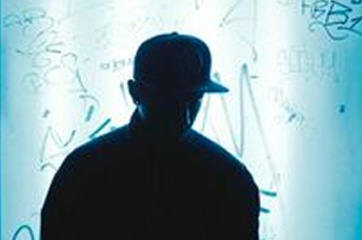 I didn’t ask for it. I didn’t cause it. I am not to blame

But I’m the one who’s carried the guilt and shame on my shoulders for decades.

If only I’d spoken up sooner…

If only I’d said something…

If only I’d done something…

It’s easy to make that the narrative, it’s easy to say this is what I should have done. It’s easy to beat myself up over it.

But I was a child

But I was a child.

I have been lied to, fooled, and blackmailed with love into silence. I have been told it doesn’t matter, that no one needs to know, that it’s business. They tried to control how I felt, feel and deal. They told me he was dead, but that too was a lie. It was all about keeping me silent.

How am I supposed to trust again?

Who am I supposed to trust?

It’s being lost and not having a clue where you should go, or how to get there.

I was hollowed out and left as nothing.

And when I thought I’d found a way back, it was a trap. I fell for another monster and it took a long time to admit.

Because I wasn’t worth anything better.

I wasn’t worth enough to have happiness, only shit and sadness.

How easy, how easy it would be to just die. To end. To slip free from and to never breathe again. For the longest time it was the only way I could see out. The only freedom I could truly ever have.

And then there was a moment, a moment when I ran – not to anything, but away from all the people causing the pain. I ran, not knowing where I would end up, only knowing I needed to get away.

I found something and made it my own, and then someone found me and made me theirs.

It will always hurt; the pain will never go away. I get that now.

I understand that hurt will always be.

The past cannot be changed.

I don’t want patronising sympathy, I don’t want a it’s one of those things – I want… Something, something that I haven’t been able to define until recently. It’s taken me a long time, a very long time to understand what I want.

I want to be free of this

want it gone from my life.