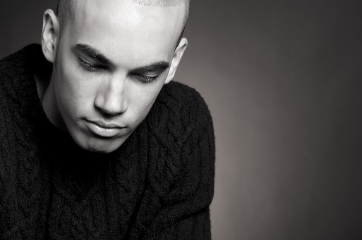 Recently, I went to join the guys at Men-Talk in Chesterfield. I wasn’t sure what to expect, but once I got there I realised I wasn’t prepared for it.

If you haven’t heard of Men-Talk, it’s a group that meets once a month to talk about mental health. It was originally set up by Jason Cotton and Frazer Longford at their workplace following the suicide of a close friend. Friends had no idea anything was wrong, and they felt they’d let him down. At the time Jason was going through a divorce, so together with Frazer they decided it was time their colleagues got together and started talking.

Back in November I’d delivered some training at the Chesterfield Football Club Community Trust, who suggested I speak at Men-Talk. An estimated 1 in 6 men are victim to sexual violence in their lifetime, but men are far less likely to come forward about what has happened. I felt it was important to raise awareness in a male-only group who are actively encouraging others to get support.

I’d got my usual speech ready and knew what I wanted to cover. But once I was there, the words just wouldn’t come out. I felt overwhelmed.

I became aware that I was part of this personal space which men from all backgrounds and walks of life came together. The courage it must have taken to come and share what they were feeling is incredible. I feel so proud that in my own county there is a place that men can go to and be completely free of judgement.

The word is getting out there and Men-Talk continues to grow. It has moved outside of just being held at their workplace, but stays true to its mission which is to remove stigma, raise awareness and ultimately reduce suicide.

To find out more you can visit their Facebook page.