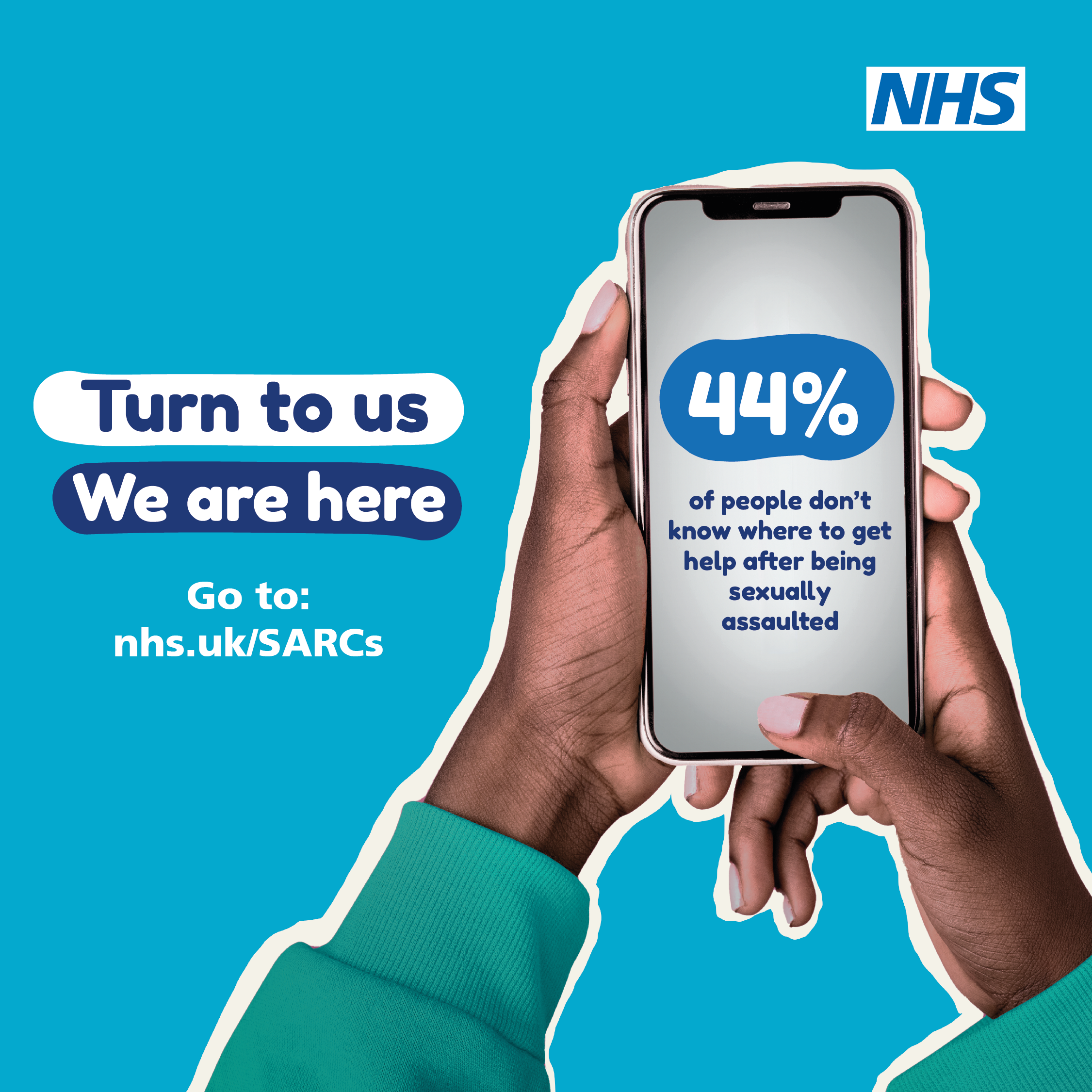 The NHS has launched a new campaign to raise awareness of Sexual Assault Referral Centres (SARCs) – specialist NHS services that provide a safe space and dedicated care for anyone who has been raped, sexually assaulted or abused.

The campaign aims to highlight these vital NHS support services, with new data of over 4,000 respondents in England finding that over half of respondents (56%) who have been sexually assaulted or abused did not seek help from any organisation or service after the incident, and 46% citing fear of being believed as the biggest barrier to not accessing services.

Nearly half (44%) of those responding also say they don’t know or aren’t sure where to get help if they had been sexually assaulted, and 72% are currently unaware of the support available via the NHS.

This highlights the crucial need to raise awareness of SARCs, which are available for everyone 24/7 and regardless of when the incident happened.

If you have been raped, sexually assaulted or abused and don’t know where to turn, search ‘sexual assault referral centres’ to find out more or head to www.nhs.uk/SARCs to find your nearest service.

Recent research commissioned by Mankind UK in 2021 found that:

With these statistics in mind it is incredibly important to raise awareness of the support available to survivors, you never know who may need it.